One of the largest islands in the archipelago is the rugged Naxos, one of the few Greek islands besides Crete. There’s enough there to keep visitors busy for a week or so on the island, as people have vast landscapes, mountain villages, ancient ruins and extensive stretches of beach, to explore. Naxos also boasts cliffs sinking into the sea and rocky mountains where it get’s it’s ‘rugged’ nickname from. Naxos consists of fertile valleys, abundant springs and streams, which contributes to it’s uniqueness and remarkable natural beauty. The island comprises of hidden monuments and southwest coast beaches, that pose the best beaches and walking tracks.

The coastline of Naxos is abrupt on the south side and more sheltered to the west, with an array of inlets and sandy beaches to be explored.

The capital, Hora or Chora, is a port town fulfilled with whitewashed, cube-shaped houses and medieval Venetian mansions. The main town, the Kastro, was the seat of the Venetian Duchy of Naxos, who ruled most of the Cyclades from his fortress aster 1204. The hilltop castle there dates back to the 13th century, and can be visited as it is now an archaeological museum, if visitors fancy a spot of culture. There is also an array of museums and churches waiting to be visited in the Mid Cyclades.

Or why not visit the imposing portal, or as the locals know it, the Portara. That displays all that was created of the Temple of Delian Apollo, dating back from the time of local ruler Lygdamis, century 525 BC, for an insight into Greek history.

In the Mid Cyclades, the island Paros is renowned for it’s sandy beaches, traditional villages or Parikia – the bayside capital, which is a boating and transportation hub for the Cyclades region. Paros is also home to the Panagia Ekatontapiliani, a historical landmark Byzantine church from the 4th century AD. After you have had your fill of culture, why not visit Kolimbithres, a small but popular beach boasting sandy areas and rock formations that is renowned for its clear waters. 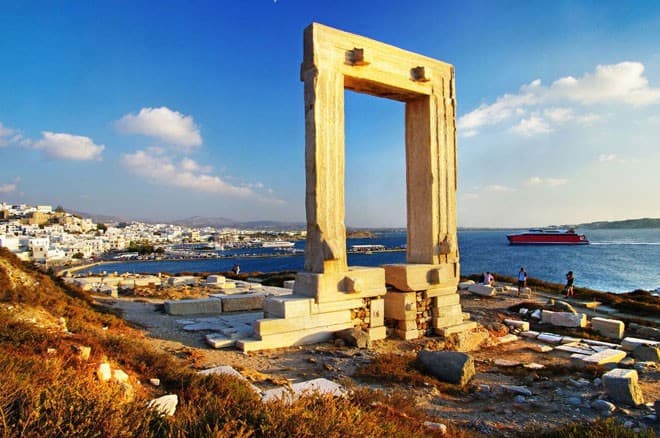 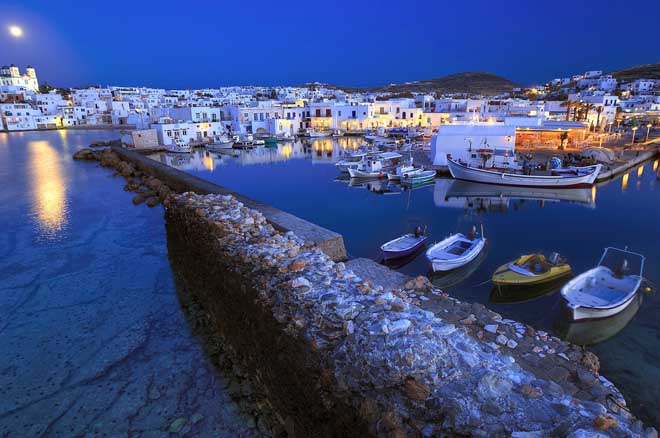 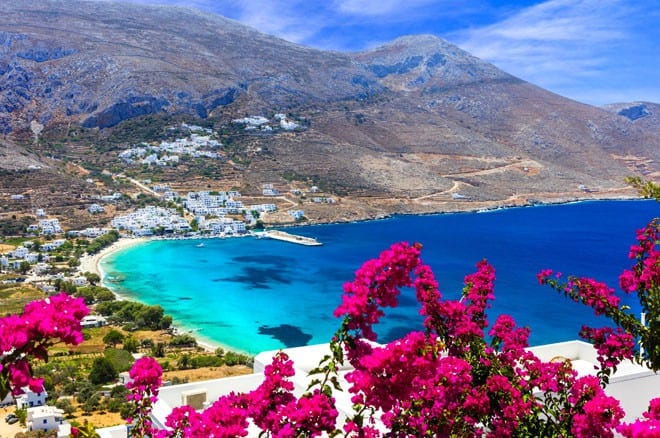